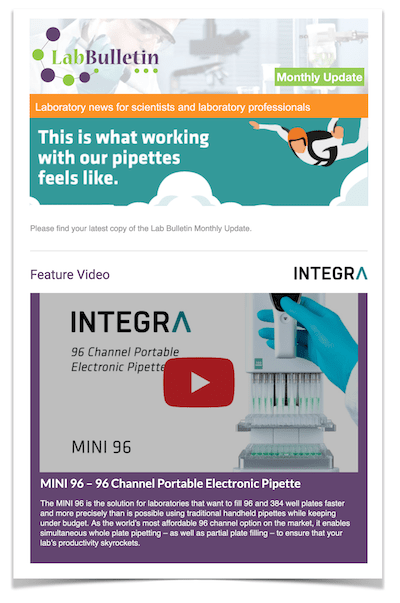 Scientists have developed a blood test that can identify key mutations driving resistance to a widely used prostate cancer drug, and identify in advance patients who will not respond to treatment.

The new research paves the way for information from a blood test to inform prostate cancer treatment in future, with only those patients whose cancers are free of resistance mutations taking the drug, abiraterone.

The study is also a proof of principle that tests for cancer DNA in the bloodstream can be used to detect drug resistance mutations – allowing patients who will not benefit from one drug to be given an alternative treatment instead.

They found that mutations in a gene called the androgen receptor (AR) predicted resistance to the prostate cancer drug abiraterone, and that patients with these mutations had poorer survival.

The new study is published in the prestigious journal Science Translational Medicine today (Wednesday), and was funded by Cancer Research UK, Prostate Cancer UK, the NIHR Biomedical Research Centre at The Royal Marsden and The Institute of Cancer Research (ICR), and the University of Trento.

Abiraterone, which was discovered at the ICR, is now standard treatment for men with advanced prostate cancer – but while it is highly effective in many patients, 30-60% do not respond.

So researchers have been searching for a marker that will help predict in advance which men will benefit from the drug, and who should be given a different treatment.

Researchers discovered that men who harbour either a specific mutation or an increase in the number of copies of the AR gene, were 7.8 times less likely to have a reduction of more than 90% in their PSA levels, a widely used test to monitor the response of prostate cancer.

The study also found that in about 15% of men given abiraterone who did not have either mutation before starting treatment, this was acquired as the drug stopped working and appeared in the bloodstream several months before patients developed any symptoms.

Blood tests are particularly valuable in cancer patients because biopsies are often difficult to perform and can carry risks. Even when biopsies are possible, they only give a snapshot of cancer genetics in a small specific area, whereas blood tests can give information that is more representative of multiple different tumours around the body.

“The discovery of abiraterone was an important step forward for patients with advanced prostate cancer, but we know it doesn’t work for all men, and we’ve been searching for a marker that will tell us in advance which men will benefit. We’re delighted to have developed a test that appears to predict very accurately whether a patient will respond to abiraterone, and that it can be performed on blood samples – removing the need to take a biopsy.

“We are now planning a clinical trial involving up to 600 men in which we aim to prospectively show that men who are positive with our test have significantly greater benefit from chemotherapy in preference to abiraterone or similar drugs. Critically, we believe that this sort of technology would be relatively straightforward to implement in NHS hospitals, making it accessible to a large number of patients. Additionally, looking at tumour DNA in the blood of patients could potentially give us an overall picture of why the cancer is progressing all over the body, unlike a biopsy that only tells us about the area sampled.”

“Abiraterone has extended the lives of many thousands of men in the UK, with fewer side-effects than chemotherapy, and we are really proud that it was discovered here at the ICR. But we don’t stop at taking a new treatment like abiraterone to patients – it’s also essential to continue to conduct research on these new drugs, to make sure they are being used as effectively as possible.

“This new study finds that by analysing tumour DNA present in the bloodstream, we should be able to personalise treatment with abiraterone, so that only those who will benefit from the drug will receive it. It is the latest step forward in the new era we are in of precision cancer medicine, where rather than using a treatment in the hope that a patient will benefit, we can look at tumour DNA in advance and be much more confident that a particular treatment will work.”

“Being able to quantify tumor DNA from a blood sample and to characterize structural changes of the DNA that are predictive of treatment response is powerful. This is especially true as a blood-based test gives us a global picture of the patient’s tumor burden rather than a focal snapshot as with a standard biopsy.

“In principle the same computational approach we adopted in this study is applicable across tumor types. This study represents a step towards sensitive and specific detection of resistance to targeted therapies.”

"Abiraterone, a drug which Cancer Research UK helped to develop, gives men with advanced prostate cancer a much-needed treatment option and more time with their loved ones. But it doesn't work for everyone.  If these important early results bear up in larger clinical trials it could lead to a test which would indicate which patients might benefit more from trying other therapies instead."

Dr Iain Frame, Director of Research at Prostate Cancer UK said;
"We know that a one-size-fits-all approach to treating prostate cancer doesn't work, and research like this is crucially important in helping us understand which treatments will - and won't - work best for each individual. When the clock is ticking for a man with advanced prostate cancer, finding out early that his treatment needs changing can not only save precious time, but can also help avoid unpleasant side effects from a treatment that longer works for him.

“Research like this wouldn’t be possible without the thousands of people who take part in Movember every year – and so with another campaign upon us, we can all do something to help the fight against prostate cancer.”

more about the institute of cancer research