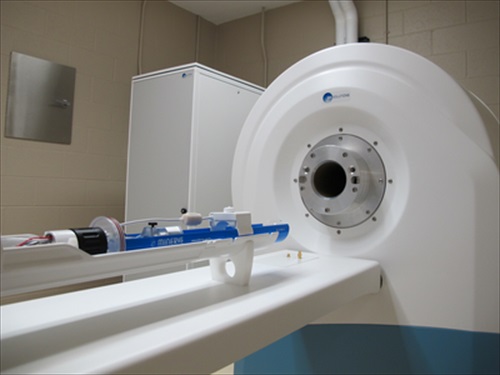 UK-based MR Solutions, a world leader in the development and manufacture of pre clinical MRI scanners, has developed the world’s first range of high-performance, 3T, scanners using super-conducting magnets which eliminate the need for liquid helium cooling. This advance has significant benefits for the scientific community as the global shortage of helium has been risking research projects across the world with experts predicting that the second most common element in the universe may be depleted by the middle of the century[1][1].

MR Solutions Chief Executive Dr David Taylor commented: “At MR Solutions we have developed a range of pre clinical MRI scanners which eliminate the need for helium. This has significant benefit for medical research institutions as they will no longer be reliant on a resource which is experiencing a global shortage. A shortage so severe that scientists everywhere have been calling for a ban on all but the most essential uses.

“Following a number of years of research and development with our magnet partner we have been able to dispense with the usual liquid helium cooling system by using a revolutionary magnet design incorporating new superconducting wire. This enables the use of a standard low temperature fridge to cool the magnet to the required 4 degrees Kelvin (minus 269 degrees C).”

As the second most common element in the universe why is there such a shortage? Helium needs to be extracted when mining for natural gas. If it is not extracted it is simply vented into the atmosphere and because it is so light leaks out into space. Therefore companies mining for natural gas have to be motivated to extract and store the helium.  In 1996 the US government started selling off its strategic holding of helium at low prices as it was no longer considered a strategic material. This led to a glut of cheap helium on the world market which created an environment whereby oil companies were no longer incentivised to collect helium during the mining of natural gas and, therefore because the US supply will be exhausted very shortly, a shortage was created.

Due to its party balloon heritage the value of helium, the second most common element on Earth, is highly underestimated. However, the inert element with the lowest boiling point of any known substance has a number of uses ranging from party fun through to supporting the quest to identify the meaning of life as the large Hadron Collider at CERN uses helium to keep its equipment super-cooled. It is also used extensively in medical scanners such as MRIs, medical MEG scanners and specialist brain scanning equipment; the shortage of helium has created difficulties for many research projects as the scanners can no longer be operated.

Professor Ray Dolan of University College London leads the Wellcome Trust Centre for Neuroimaging, which had to stop taking bookings for its scanner in 2012 because of helium shortages. “We have now had to invest in expensive helium-capture technology to recover some of what is burnt off,” he said, “and this decision was driven by a need to insulate ourselves against uncertainty over supply and cost.”[2][2]

Last year, MEG scanners at the universities of Glasgow, London, Oxford and Cambridge were all affected by shortages of helium. “We increasingly face regular periods of forced shut-down of our multimillion-pound facility because of these difficulties, and we are told the problem will only get worse,” said Mark Stokes, a cognitive neuroscientist at Oxford’s Centre for Human Brain Activity.”2

MR Solutions has 25 years of experience in developing scanners for research and academia. It also develops MRI systems and sub systems to individual customer specifications.