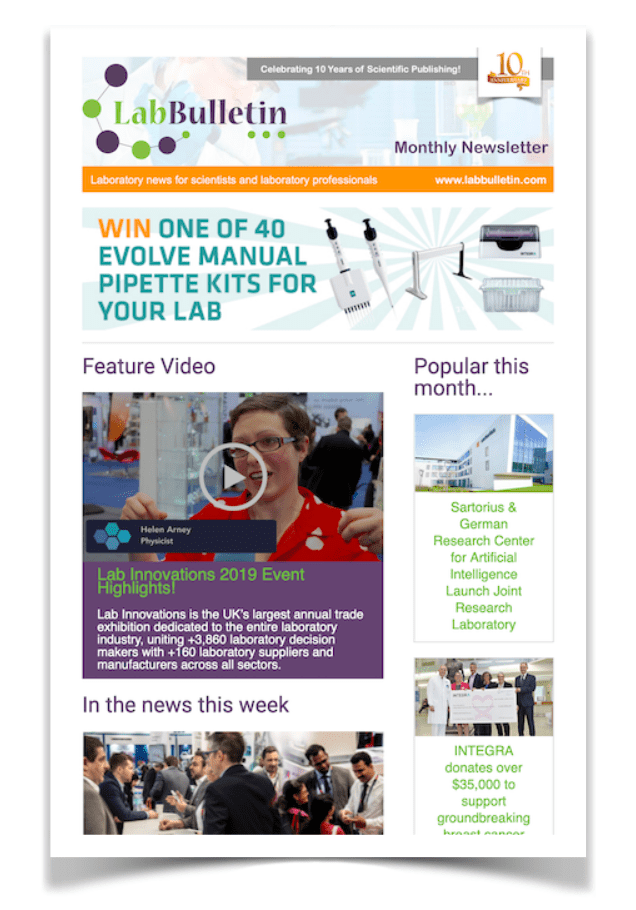 A developer of stem cell organ regenerative medicine which was built on the foundations of a ground breaking operation which saved a ten year old boy’s life has secured funding totalling £3.1m.

Youngster Ciaran Finn-Lynch was critically ill with a rare condition that meant he had a narrow windpipe (trachea) which resulted in difficulties breathing. He had multiple operations, including inserting a metal stent to open his airway but this started to erode and cause life threatening bleeding.

Ciaran is alive and well today as he was the lucky recipient of pioneering transplant surgery in 2010 which combined a donor windpipe with his own stem cells to give him a new trachea.

Liverpool-based Videregen has further developed the cutting edge platform technology which has significantly moved on since Ciaran’s life-saving operation.

The research-institute spin-out, based at Liverpool Science Park, has now received £900,000 in equity funding from The North West Fund for Biomedical managed by SPARK Impact, grant funding to the value of £1.9m from Innovate UK (formerly the Technology Strategy Board) and £300,000 from London Business Angels and other private investors.

The company’s ground breaking approach begins by removing the cells from a windpipe which has been removed posthumously from a donor. The patient’s own stem cells are then seeded into the decellularised windpipe, multiplying and creating a living organ in a highly controlled laboratory ready to be transplanted into the recipient. This use of the patients own cells greatly reduces the chance that the organ will be rejected.

Dr Steve Bloor, chief executive officer at Videregen, said: “We developed our world-leading technology platform to help address the chronic shortage of organs for transplantation. Our regenerative medicine allows organs to be restored to function and is expected to increase the quality and length of life, and reduce healthcare costs.

“This investment is critical because it will allow us to further develop our product and to carry out formal clinical trials with the ultimate aim of commercialising it. Trachea replacement is the first product from our platform technology, from which our research partner Northwick Park Institute for Medical Research is also developing bowel and liver replacement organs.

“The funding from The North West Fund for Biomedical, managed by SPARK Impact, Innovate UK and other investors will allow us to demonstrate the potential of the technology with our trachea replacement product. Hopefully this will pave the way for other organ replacements that could make a real difference to thousands of people’s lives.”

Videregen works with the NHS Blood and Transplant centre in Speke and in collaboration with world leading teams at the University College London, the Cell Therapy Catapult and the Royal Free London.

Dr Marc d’Abbadie, investment director at SPARK Impact, said: “The technology developed by Videregen is expected to show clear benefits as an innovative and potentially globally disruptive form of regenerative medicine, and we’re proud to be helping them to achieve their ambitions.

“SPARK Impact has now invested over £20m into 52 biomedical companies that are helping to address some of the healthcare challenges that we face – not only in the UK but globally.”

Ciaran was born with a condition which leaves sufferers with a narrow windpipe and difficulties breathing. The youngster underwent numerous operations to help improve the condition, including inserting a metal stent to open his airway but this began to erode and cause severe bleeding.

In 2010, Ciaran underwent the pioneering transplant after a donor organ was found in Italy. The donor’s organ was combined with Ciaran’s own stem cells at the Royal Free London NHS Foundation Trust and couriered to Great Ormond Street Hospital where the procedure was carried out.

Now, four years on, Ciaran is doing well, he is breathing normally and not exhibiting any signs of rejection.