ZEISS will invest over €300 million in a new integrated high-tech site. The world’s technology leader in the optics and optoelectronics industries unveiled its plan today in Jena. 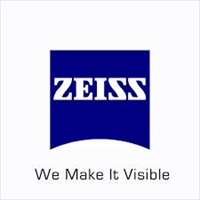 In line with this plan, ZEISS will bring together its existing sites in Jena by 2023. To do this, ZEISS will acquire partially unused premises from SCHOTT, which it will renovate and use to construct a new facility for its second-largest site worldwide.

Jena is thus an integral part of ZEISS’s global investment strategy and is the next in a string of international projects aimed at expanding, modernizing and realigning sites that ZEISS has been implementing in locations such as Germany, Europe and Asia since 2011. Just three weeks ago, the company announced plans to invest EUR 30 million in the ZEISS Innovation Hub at the Karlsruhe Institute of Technology (KIT).

“As a global technology leader, our investments are focused on leveraging the existing potential in our growth markets,” explains Prof. Dr. Michael Kaschke, President and CEO of Carl Zeiss AG. “To do so, we need an even stronger presence and better networking at the innovation hotspots.” In Jena, this translates into close collaboration with institutions such as Friedrich Schiller University, Ernst Abbe University, the Ilmenau University of Technology, other local universities of applied sciences and institutes such as those that are part of the Max Planck Society, as well as partner companies and local suppliers.

“These investments will enable us to become more attractive as an employer for top talents, as a company that offers traineeships for the next generation and as a collaboration partner for industry and science, and thus put us in an excellent position to ensure future customer success through our products and solutions,” continues Kaschke. ZEISS is focusing in particular on creating a dynamic growth area at the new site for start-ups.Founding site of Jena to remain one of the top ZEISS innovation hubsWith a total of 2,000 employees, Jena is already the second-largest ZEISS site worldwide. On the 80,000 m2 partially unused site ZEISS is acquiring, the company plans to build an integrated high-tech complex that will benefit Jena, a hub for high-tech and science; it will do this by lending it modernity, openness and through the technology developed and produced there.

At its founding site, the company is therefore laying the groundwork for further growth at the ZEISS Group. This will be ensured by more efficient buildings, new infrastructure and cutting-edge workplaces on a larger site. Synergy effects between individual business groups and partners from science and local industry constitute additional success factors.

“The existing infrastructure in Lichtenhain no longer meets our needs, or those of our customers, partners and employees, and we have actually outgrown the facility in Jena’s Göschwitz district due to the rapid growth of Carl Zeiss Meditec AG,” says Kaschke. Dr. Kaschke recognizes that synergy potential will be unlocked at the new site with sister company SCHOTT, particularly in the implementation of a more sustainable energy supply strategy, logistics and other infrastructure work.

ZEISS plans to increase the number of its employees in Jena to approximately 2,500 by the middle of the next decade, thus ensuring it remains the company’s second-largest site and one of the top innovation sites for ZEISS.
“A strong commitment to the region”The state of Thuringia and the city of Jena have pledged extensive support to the project with the options available to them. Joint plans with the city will include constructing new transportation options and parking lots, addressing any legacy issues and ensuring a sustainable energy strategy.

The state will develop the old ZEISS premaises through the State Development Corporation of Thuringia (LEG); this will soon offer excellent opportunities for other companies, institutes and carve-outs to be accommodated here. The LEG will also be used as a key contact for realizing the project at the new ZEISS site.

“The project is good news for both the state and the city,” emphasizes State Minister for Thuringia, Bodo Ramelow. “With investments in the high-tech Jena site totaling over EUR 300 million, the company is looking to the future and thus safeguarding its competitiveness on the world stage. We expect this to advance both science and industry in the region in many different ways.”

Wolfgang Tiefensee, Minister of Economy, Science and Digital Society in the state of Thuringia, said: “I am delighted that ZEISS has chosen Jena. Ultimately the exceptional collaboration between ZEISS, the state and the city of Jena have made this possible in recent weeks. By making such a substantial investment, ZEISS is promoting Jena, its high-tech site which is known across Europe, and bolstering it for the years ahead. This is the biggest investment of the decade in Thuringia to date, and it is catapulting Jena into the next league; it will be followed by carve-outs and help establish and draw other institutes and companies in and to Jena.”

The mayor of Jena Dr. Albrecht Schröter is also pleased about the project: “Since it was established in 1846, ZEISS has been a real stroke of luck for Jena. And in much the same way as the company is committed to the city and to advancing it through its work, those of us in the city believe we have a duty to support ZEISS’s growth trajectory. “This is, after all, the largest private investment in Jena since the peaceful revolution in East Germany – and we are extremely grateful! We are proud to be involved in such an exceptional project.”

“We look forward to being neighbors with our sister company ZEISS and to many more years of excellent collaboration with a view to further development of the high-tech site in Jena,” says Dr. Frank Heinricht, Chairman of the Board of Management of SCHOTT AG

Construction on the site is scheduled to begin in 2019 following the accompanying construction and consultation procedures; it will largely be complete by the end of 2023.

A closed architecture competition will decide how the complex will actually look and how the historic building on the premises will be integrated into the facility by early 2018.