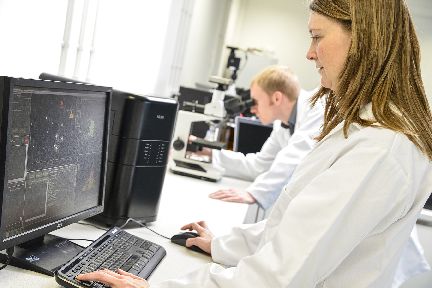 Pittcon 2014 is Malvern’s first major exposition in the US since acquiring NanoSight in September 2013, a move which resulted in the addition of NTA to Malvern’s technologies for particle sizing and counting at the nanoscale.

NTA systems will be on show alongside the Zetasizer Nano and the new Viscotek SEC-MALS 20 GPC/SEC detector.  Also on the Malvern booth is the Mastersizer 3000 laser diffraction particle size analyzer featuring new software. This can now mimic the performance of other laser diffraction systems so that upgrading from one instrument to another is not complicated by having to rationalize any observed differences in the measured data. Live analysis confirms the stability of measurements while in progress, and the ability to customize reports enables users to easily meet industry and company standards. Mastersizer software is now available in eight languages to ensure full accessibility for users around the world.

Malvern specialists will also run a number of events as part of the Pittcon short-course program. These include: “Sampling for Particle Size Analysis” on Saturday 1 March; “Fundamentals of Advanced Gel Permeation and Size Exclusion Chromatography Detection” and “Particle Characterization of Nanomaterials” on Wednesday 5 March; and “Fundamentals of Particle Size Analysis with an Emphasis on Light Scattering Techniques” on Thursday 6 March.

more about the short courses

Malvern provides the materials and biophysical characterization technology and expertise that enables scientists and engineers to understand and control the properties of dispersed systems. These systems range from proteins and polymers in solution, particle and nanoparticle suspensions and emulsions, through to sprays and aerosols, industrial bulk powders and high concentration slurries. Used at all stages of research, development and manufacturing, Malvern’s materials characterization instruments provide critical information that helps accelerate research and product development, enhance and maintain product quality and optimize process efficiency.

Our products reflect Malvern’s drive to exploit the latest technological innovations and our commitment to maximizing the potential of established techniques. They are used by both industry and academia, in sectors ranging from pharmaceuticals and biopharmaceuticals to bulk chemicals, cement, plastics and polymers, energy and the environment.

Headquartered in Malvern, UK, Malvern Instruments has subsidiary organizations in all major European markets, North America, China, Japan and Korea, a joint venture in India, a global distributor network and applications laboratories around the world.