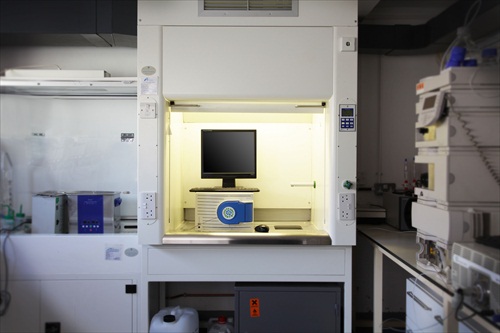 Microsaic Systems plc, the high technology company developing next generation mass spectrometry instruments, will showcase its new revolutionary chip-based technology for the first time on booth #2255 at PITTCON 2013, from March 17 - 21, 2013 at the Pennsylvania Convention Center, Philadelphia. Microsaic Systems is the only producer of mass spectrometry instrumentation using Micro-Electrical-Mechanical Systems (MEMS) technology. The significant and innovative advances in the new chip-based instrument, the Microsaic 4000 MiD, offers a redesigned unit with an even smaller footprint.

Microsaic Systems is the first and only company to have commercialised MS (mass spectrometry) technology on a chip based on MEMS technology originating at the highly regarded Optical and Semiconductor Devices Group at Imperial College London. The company’s breakthrough product, the 3500 MiD launched in January 2011, represented a step change in the ease of use and footprint of mass spectrometry. The instrument won an R&D 100 award from an independent judging panel and the editors of R&D magazine due to it being smaller, lighter, consuming less energy, easier to maintain and cheaper to run than conventional MS systems.

The Microsaic 4000 MiD is the culmination of over a decade of research, bringing together two high tech fields – chemical analysis and silicon micro-engineering – to make possible a transformative capability in detection. Its low operating cost and small footprint make the instrument deployable in a wide range of applications where mass spectrometry has not been able to reach - until now.

The next generation of the chip-based technology to make its US debut at Pittcon 2013 is now even smaller. As a result the Microsaic 4000 MiD fits even more comfortably into a standard lab fume hood, opening up further opportunities in the field of reaction monitoring. Users are able to increase the use of mass spectrometry in the lab, while benefiting from significant cost savings, owing to fewer necessary structural components such as gas generators and air conditioning. There are also sizeable savings with the use of ‘Plug and Play’ components which enable users to maintain the system themselves, resulting in less downtime and greater flexibility within the laboratory.

“With the premier launch of the Microsaic 4000 MiD and future plans for our growing portfolio of chip-based technology, the Microsaic exhibit at PITTCON will demonstrate how we work with and enable our customers to improve their laboratory operations,” said Colin Jump, CEO, Microsaic Systems. “Offering the smallest footprint in the market, the Microsaic 4000 MiD is a fully integrated, versatile, portable MS system designed for bench chemists. The core technologies are chip-scale versions of traditional mass spec components which can be interchanged rapidly by the user. This modular approach allows users to maintain the system without the need for expensive service contracts and time-consuming call-outs.”

Microsaic Systems plc was established in 2001 to develop miniaturized MS instruments based on Micro-Electrical-Mechanical Systems (MEMS) originating at the highly regarded Optical and Semiconductor Devices Group at Imperial College London. Microsaic has subsequently established a large portfolio of 88 patents, of which 36 are granted. The Company has been based at headquarters in Woking, UK since September 2004 and was admitted to AIM, a market of the London Stock Exchange, in April 2011 (ticker: MSYS).