Phosphate Increases the Concentration of Sodium (!) in the Blood

A previously undiscovered role played by the hormone FGF23 has now been discovered in a project funded by the Austrian Science Fund FWF. 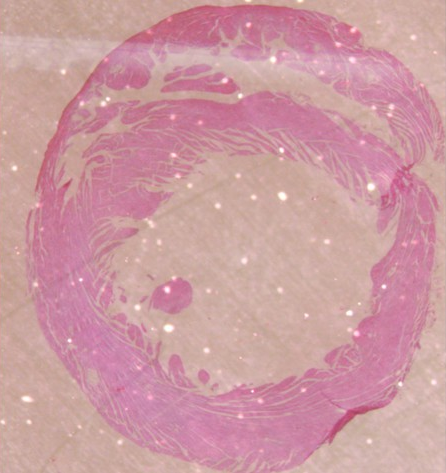 Scientists were already aware that greater quantities of this hormone are produced when there is too much phosphate in the blood plasma and that it reduces the absorption of this mineral from the urine. The new results now also show an effect on the absorption of sodium. The hormone actually increases – through a newly discovered complex signalling pathway – the frequency of a transport protein which serves to re-absorb sodium from the urine in the kidneys. Excess phosphate in the plasma therefore leads, via FGF23, to augmented absorption of sodium into the blood – with all of the long-term consequences that this entails, such as high blood pressure and strain on the heart.

Table salt consists of sodium chloride and almost everyone knows that too much salt not only spoils their soup, but is also bad for their health. The main culprit in the salt is sodium, which leads to high blood pressure and strain on the heart. It was not previously known, however, that too much phosphate can also increase sodium concentration in the blood – and this finding was now made by a team working at the University of Veterinary Medicine in Vienna.

The hormone FGF23 (Fibroblast Growth Factor 23) is key to this surprising connection. To date, scientists knew that too much phosphate in the blood plasma leads to its increased production and consequently to a reduction in the absorption of phosphate from the urine. To this end, FGF23 inhibits a transport protein that absorbs phosphate in cells. Experiments on mouse models have now shown that FGF23 also affects a transport protein that is used mainly to absorb sodium.

Commenting on the discovery, Prof. Reinhold Erben, who was in charge of the study and is Head of the Institute of Physiology, Pathophysiology and Biophysics at the University of Veterinary Medicine in Vienna, stated: "In the kidneys, sodium is absorbed via the Na+:Cl- co-transporter NCC, as it is known. The abundance of this protein and thus the quantity of sodium absorbed is regulated by FGF23. The hormone increases the abundance of the protein, leading to increased absorption of the mineral, in contrast to phosphate."

In an initial experiment, the team working with Prof. Erben showed that the abundance of NCC was significantly reduced and the absorption of sodium was severely curtailed in mice with no FGF23. The team then demonstrated in two additional experimental approaches what happens when higher levels of FGF23 were present. In the first approach, additional, external FGF23 was applied to mice. In the second experiment, mutant mice with increased levels of endogenous FGF23 (Hyp mice) were studied. In both cases, the results were identical, as Prof. Erben explains: "The absorption of sodium in the kidneys increased significantly. This led to an increase in blood pressure and to a rapid expansion in the size of the heart muscle."

FGF23 acts via a complex molecular signal chain, at the start of which is a membrane-bound receptor. This can only be activated if a so-called co-receptor, the alpha-klotho, completes the receptor. Indeed, scientists assumed for a long time that alpha-klotho is actually the hormone that induces the various effects of FGF23. Thanks to the work carried out by Prof. Erben's team, they now have a better understanding of the process.

Overall, the results show a clear causal relationship between greater phosphate concentration and increased production of FGF23 and increased absorption of sodium into the blood – with all of the associated negative consequences for health.

The results also explain the greater risk of cardiovascular complications in patients with renal insufficiency. They have an increased level of phosphate in their blood, which may lead, via FGF23, to greater sodium absorption and the associated health risks. The project supported by the Austrian Science Fund therefore not only helps to better understand molecular regulatory mechanisms of the mineral balance in the body, but also offers new starting points for medical intervention to control the consequential damage of renal insufficiency.