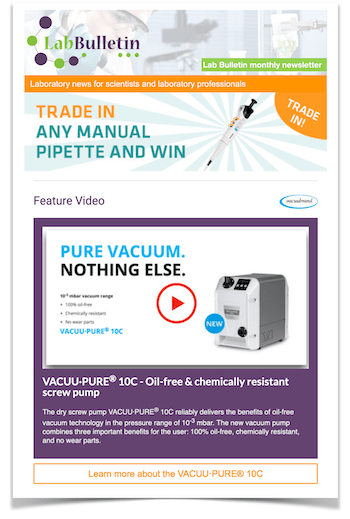 The Grete Lundbeck European Brain Research Foundation announced today that The Brain Prize 2012 is jointly awarded to Christine Petit and Karen Steel ‘for their unique, world-leading contributions to our understanding of the genetic regulation of the development and functioning of the ear, and for elucidating the causes of many of the hundreds of inherited forms of deafness'.

Inherited conditions render one in a thousand children deaf at birth, and cause as many again to become deaf before maturity, leading to delay or failure in the acquisition of speech, and frequently to disadvantages in communication and learning. Genetic anomalies also contribute to many age-related and progressive forms of hearing loss. About one-tenth of the population in the developed world suffers from significant hearing impairment, which has an enormous impact on individuals and on society.

Karen Steel and Christine Petit are at the forefront of efforts to understand the molecular mechanisms of the specialised hair cells in the inner ear, whose extraordinary sensitivity to mechanical stimulation underpins the senses of hearing and balance. These two researchers, at the peak of their productivity and influence, are international leaders in the field of hereditary deafness.

Each has brought special skill to this challenging area of research. Their approaches have been complementary. Karen Steel has worked upwards, employing elegant and exhaustive study of mutations in mice and their functional consequences to illuminate human disorders. Christine Petit has started with the genetic analysis of patients, subsequently investigating the role of the identified genes in animal model systems.

Professor Colin Blakemore, Oxford University, Chairman of the Selection Committee said:  ‘Together, the work of these two Europeans scientists illustrates the value and power of interdisciplinary approaches in neuroscience, and the way in which cutting-edge fundamental research is needed to understand complex clinical problems and to accelerate benefit for patients'.......'We are delighted that The Brain Prize for the best of European neuroscience goes, in its second year, to two women scientists. We are sure that the award will be applauded by female researchers around the world, and by all those who are concerned that young women are given every encouragement to consider careers in science'

The prize lectures and award ceremony will take place 9th May in Copenhagen, Denmark. The Prize will be presented by Her Majesty the Queen.

Christine Petit, Professor at College de France, holding the Chair of Genetics and Cellular Physiology, head of the Genetics and Physiology of Hearing laboratory at the Institut Pasteur in Paris also affiliated to INSERM, is a geneticist and a neurobiologist.  She conceived and pioneered the genetic strategy to assess the molecular mechanisms underlying the cochlear differentiation and physiology. She developed this genetic approach in humans, by succeeding to overcome the difficulties specific to linkage analysis for deafness. She thereby mapped to human chromosomes the first two genes responsible for hereditary congenital deafness. She identified the causative genes for about 20 inherited forms of deafness, initially by an innovative candidate gene approach. Together with her colleagues, she also unraveled the roles of most of the proteins encoded by these genes, namely in the sensory hair cells, their stimulating gel, and the supporting cells, by multidisciplinary studies of engineered mouse models. Her work shed light on the functions mediated through various fibrous links within the hair bundle, the mechanoreceptive structure to sound. Her work on Usher syndrome (deafness, blindness), demonstrated that all Usher 1 proteins as well as all Usher 2 proteins form protein networks enabling the links they form to shape the hair bundle. She also identified some Usher1 proteins as components of the mechanotransduction machinery. Christine Petit's discoveries have already had a significant impact on medical practice, with respect to diagnosis, genetic counseling and therapeutic decisions by indicating the potential benefit of cochlear implants and hearing aids for patients.

Karen Steel, Professor and Principal Investigator for the Genetics of Deafness and founder of the Mouse Genetics Programme at the Wellcome Trust Sanger Institute, Hinxton, near Cambridge, UK, has pioneered the use of mouse models, starting with her painstaking description of the characteristics of mutant mice with disorders of balance and hearing.  Her early work on cochlear function and hair cell degeneration in the mutant deafness mouse led to identification of the gene called Tmc1, the human homologue of which is mutated in several forms of hereditary deafness. She and her colleagues went on to identify causative genes in nearly 30 forms of hearing disorder in mice, most of which have been linked to human conditions. In particular, she described the genes for myosin-7a and cadherin-23, which are key components in the transduction mechanism in hair cells, and mutations of which underlie forms of Usher Syndrome. Karen Steel is internationally recognized for her generous and altruistic approach to science. Working with a consortium of European researchers, she has established, catalogued and made freely available to other researchers several hundred mouse mutant lines, which have facilitated research in several areas of neuroscience around the world.


About the Brain Prize

The Brain Prize is a personal prize awarded to one or more scientists who have distinguished themselves by an outstanding contribution to European neuroscience.