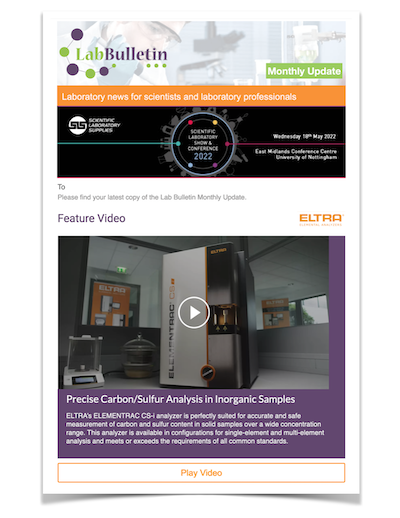 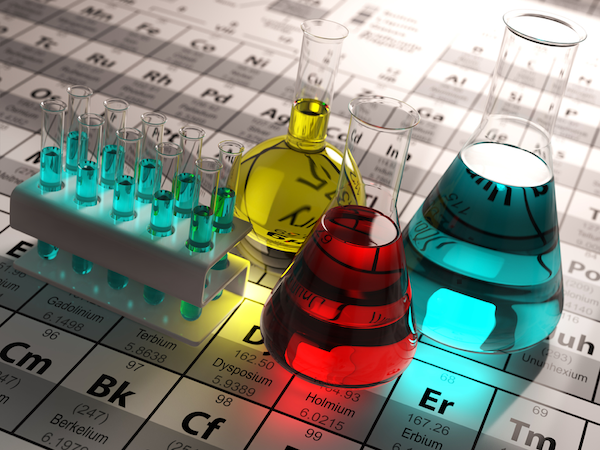 2019 was an exciting year for science as it marked the 150th birthday of the periodic table of elements and as a result, the year was designated as the International Year of the Periodic Table. From an old invention to modern day discoveries, in this article Radleys take a look at some more recent advances in the field of Chemistry and the highlights of 2019.

And the award goes to….
The Nobel Prize in Chemistry 2019 went to Akira Yoshino, M. Stanley Whittingham and John B. Goodenough for the development of lithium ion batteries. The Nobel Committee referred to the use of lithium ion batteries in portable devices that are used every day to communicate, educate and entertain as the reason for their choice.

The lightweight, rechargeable battery is making the possibility of a fossil-free society more probable by storing significant amounts of energy from solar and wind power. One of the next steps for lithium-ion batteries is to incorporate them into Europe’s electric vehicle supply chain.

A catalyst for sustainable methanol

Scientists have discovered a catalyst that converts CO2 and hydrogen into methanol. This discovery is a step in the right direction for sustainable production of fuels. Javier Perez-Ramirez and his team led the development of this discovery. Initially the large amount of the catalyst material required made the method unviable for industrial scale production. However, Javier and his team have effectively boosted the activity of the catalyst to make it suitable for larger scale productions.

Currently all large scale production of methanol requires fossil fuels and therefore has a huge carbon footprint. This method, if used with sustainable sources of electricity, would be a much greener and cleaner approach - something Radleys is also passionate about.

Reducing the amount of fossil fuels we use has been a problem facing the scientific community for years. Hydrogen fuel has long been a viable option to reduce some of our fossil fuel usage. However, hydrogen requires a large amount of electricity, which often requires the burning of methane.

Currently the team are combating the problem of perovskite being highly unstable in water. There more recent attempt at coating the cells allowed them to work for 30 hours under water, ten hours longer than they had previously managed.

The last few years have seen a dramatic increase in the focus on STEM subjects in schools. Just some of the areas that were focused upon include project based learning, incorporating STEM into other subjects and ensuring teachers have a basic understanding of STEM based topics.

Project based learning (PBL) is widely acknowledged as an excellent way to teach children skills and how to apply them. Allowing students to work on projects for an extended period gives them the time to explore different solutions, collaborate with other students and learn in a more hands on way.

STEM and other subjects

Incorporating STEM into other subjects doesn’t just increase a student’s ability to learn but also shows them the real world application of the skills they are using.

Many teachers, particularly those who have been teaching for a long time, may be lacking more up to date knowledge of STEM subjects. With STEM becoming such an integral part of student’s education it is vital that their teachers are familiar with the subjects. Many schools are already pushing forward in educating their teachers on STEM and how it is relevant to their subject.

2019 has seen an increase in labs becoming automated and the introduction of software to undertake certain tasks.

Many people believe that automation is a negative for jobs and the people that fill them, but the good news is that unlike many other professions, research shows that there is only a 26% probability of automation ‘stealing jobs’ among chemical scientists (despite a fair share of fear-mongering going on).While it is true that robotics and software automation can lead to job loss, there are also many benefits to labs becoming more automated.

In fact, it’s much more about removing the need for humans to do the more boring, tedious tasks, rather than removing their jobs altogether. A helpful assistant, if you will!

First National Automated Lab at Imperial College
2019 saw the first automatic chemistry facility open at Imperial College London. It is hoped that the facility will speed up the synthesising of new materials and medical products as steps can be completed more quickly and efficiently.

It has long been seen as an area that is highly male dominated but, in 2019 STEM subjects have seen an increase in women applying to study and work in related industries. In fact, more than half of undergraduates, graduates and post graduates of STEM subjects were women. While this is fantastic news there is still room for improvement within the community. Senior roles in these fields are still overwhelmingly more likely to be filled by men. Research is currently being undertaken as to how to get more women into higher up roles within the STEM community.

While STEM fields are becoming more equal in terms of gender there is still more research that needs to be done in this area. A particular focus is required for women with other minority identities, such as race. There is a complete lack of research looking into the problems these women may face.

With the threat of climate change looming over us, it can seem that all is lost. However, 2019 has brought forth more and more advances in Chemistry which will help combat the problems currently faced with climate change and sustainability.

Universities across the UK and Ireland used 2019’s Chemistry Week to bring attention to the Royal Society of Chemistry’s campaign: Elements in Danger. The campaign works to encourage people to keep their phones for longer and ultimately dispose of them in a way that allows the rare elements used can be recycled.

Many of the participating institutions also acknowledged the responsibilities of their departments to continue research into finding alternatives to recycle the rare elements.

Reducing Single Use Plastic in the Lab

Single use plastic has dominated headlines for months, and has been one of the most wide spread news topics of the year. The world has seen a huge push to reduce single use straws, coffee cups and plastic bottles. However, an area many people don’t consider is the single use plastic waste generated by labs. Research suggests that waste plastic from science labs would fill over 100 bathtubs a year, as they rely so heavily on single-use plastic within day-to-day operations.

As with any single use plastic the key is to reduce the use in the first place and many labs are taking steps to do this. Where this isn’t possible, recycling and reusing products is being encouraged to prevent the waste that ends up in landfills.

Inventory and stock control software allows for enhanced productivity and reduced waste, by providing you with relevant data as to where exactly where your chemicals are, the levels available and when you will need to buy more. Stock forecasting features predict "what if" scenarios, which help to time new sales orders and support purchase orders and supplier lead times.